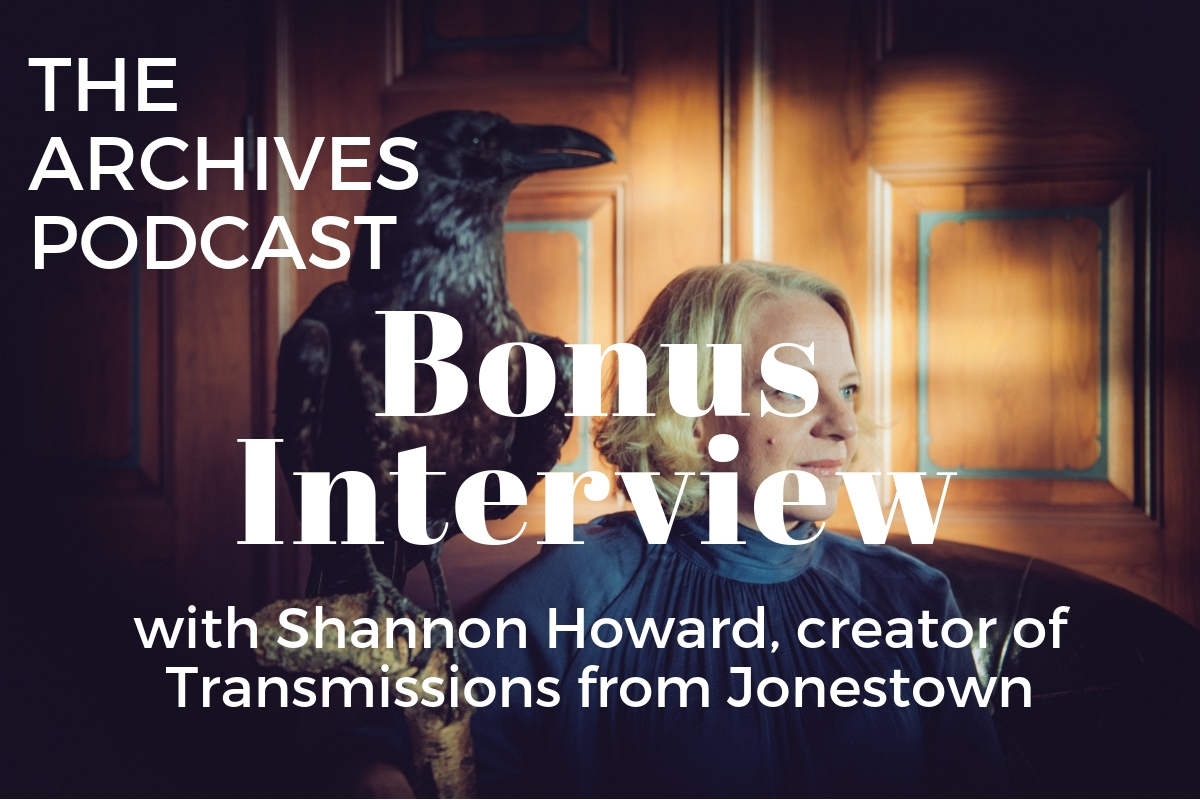 This episode is not a regular explorer themed one but rather back to the first season’s focus on archives.

Here I interview the creator of the podcast Transmissions from Jonestown Shannon Howard who has used archive audio material in the form of tape recordings to tell the story of the Jonestown massacre/suicide in Guyana 40 years ago.

I didn’t know anything about this horrible mass suicide when I happened upon her podcast but I was intrigued that she used the recordings that the cult, Peoples Temple and its leader Jim Jones, hade made to build the story. The podcast was so well done that I wanted to know more about its creator and how and why she did the it.

It turned out that she spent three years making the first seven episodes and before that she spent 5 years digitizing the tape recordings for the archive (Alternative Considerations of Jonestown & Peoples Temple at San Diego state university).

I’m normally not into true crime podcasts but the story of the Jonestown massacre is something else so I had to know more. But I was also intrigued that she built the entire story around the tape recordings. It is a great example of how archive material can come to live. It’s also an example of how to turn an obsession (which is how Shannon Howard calls it herself) into a creative project.

Of course I recommend that you listen to  podcast Transmissions from Jonestown, you can do it here or in your podcast app: http://radiojonestown.libsyn.com/

What is the Journey? by Colin Mutchler (c) 2014 Licensed under a Creative Commons Attribution (3.0) license. http://ccmixter.org/files/commonsplice/45492 Ft: Doxe

This site uses Akismet to reduce spam. Learn how your comment data is processed.